Whether you agree with his politics or not, I think, in hindsight, it is accurate to say that the new leader of the free world, President Donald Trump, has won with a smart campaign built on what people are fearful of in their day-to-day lives. But how do we Trump your fear of uncertainty?

While the Democrats, and shocked liberals around the world, are still figuring out what happened, it is quite simple: the one party focused on the logic, or thinking, while the other party focused on the limbic, or feeling. And the latter won… it usually does, especially if your news cycle consists of stories that make you feel uncertain, worried, doubtful, anxious, depressed or downright fearful.

“Yes Ann, but I’m not a sheep, I have control of my thoughts!”, I hear you say. Actually, most of the time, you don’t. If you read my previous post about your Inner World = Outer World (and vice versa) then I think you will agree that most of us fall in the trap of letting our environment dictate our thoughts, and therefore our reality. So why are we so prone to be so… worried?

Well the answer lies in our DNA, but in recent years it also lies in our incessant use of our beloved phones. Let’s look at each one for a moment.

So a) and b) are working together to create an environment of uncertainty. If you are uncertain it is your human nature to want to avoid/reduce/replace/destroy this uncertainty by replacing it with something certain. You mind LOVES this game. It will send you on thought patterns that solves all the world’s problems e.g. “that fool doesn’t know what he’s talking about” or “why can’t people just be less selfish and save water”, “if that happened to me I would…”

ANYTHING to bring back some certainty in your life. Some of the best money making businesses in the world sell nothing more than a promise of certainty. They do this by selling you on the UNcertainty of your current situation. Medical Aid, Insurance, Policies, Savings instruments and so on, are products created to help you “survive” uncertainty in your life. I’m not saying they are wrong, I’m just stating a fact which might make you feel a bit uncomfortable. Even a bit… defensive? Interesting. I have that same feeling (limbic) while my logic (thought) seems sound, but needs to take the backseat as it makes me uncomfortable.

So what’s the answer?

There are two parts to the answer: 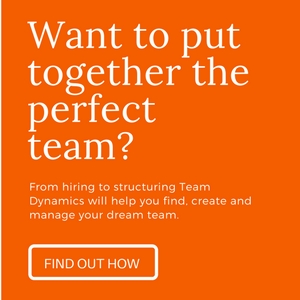